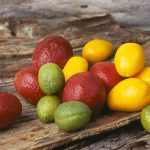 (NaturalHealth365) As you probably know, we are surrounded by heavy metals in our environment.  They are not only in paints, personal care products, vaccines and conventional dental fillings; but also in our food, water and air.  Today, we’ll reveal how modified citrus pectin can help minimize the toxic burden.

Truth be told: virtually everyone carries a certain amount of toxic metals in their body.  And, while Western medicine tends to downplay the risk, natural health experts insist that even low levels in the body can cause debilitating health effects.

Thankfully, research has shown that a dietary fiber – in the form of modified citrus pectin – can assist in (safely) eliminating these unwanted metals from the body.

Even when under the conventional threshold for toxicity, heavy metal accumulation can still harm your health by depleting stores of antioxidants and detoxifiers such as, superoxide dismutase and glutathione.  Heavy metal toxicity not only contributes to chronic disease, but interferes with the body’s ability to recover from illnesses.

Three of the most common heavy metal culprits include mercury, lead and cadmium.

Mercury, a known neurotoxin, is found in fish such as swordfish and shark, as well as in “silver” dental fillings. The crazy part is: we know that mercury can seriously affect the nervous system, causing tremors, loss of coordination, muscular spasms and even death.

Pregnant and nursing women should be particularly vigilant in avoiding mercury exposure, as it can affect unborn children through polluted blood and breast milk.

This is why – now more than ever – we need to explore all the possible ways to naturally detoxify the body including, the use of modified citrus pectin.

A BIG warning about lead

Lead toxicity – one of the most common environmentally-related illnesses in children in the United States – can cause anemia, brain damage, behavioral changes, lowered IQ, anemia, seizures, coma and even death.

Some experts estimate that as many as 4 million households in the United States contain enough lead to put children at risk – with contaminated pipes and lead-based paints as the primary contributors.

In addition, cadmium – a known carcinogen – binds to red blood cells and interferes with metabolism of zinc. Found in soil, ocean water, batteries and cigarette smoke, cadmium can cause abdominal pain, vomiting, diarrhea, kidney damage and decreased mineralization of bone.

Modified citrus pectin (MCP) is a non-digestible, water-soluble polysaccharide fiber derived from the pulp and peel of citrus fruits. A natural chelating agent, MCP attaches to toxic metals such as mercury, lead, cadmium, aluminum and arsenic – causing them to be flushed from the body.

Researchers have long known of the detoxifying ability of conventional pectin, but the substance’s poor natural bioavailability has limited its practicality – until now. MCP has been structurally changed so that it is more accessible to the body.

In 2007, a German medical journal published case histories in which MCP reduced heavy metals in the bodies of a group of patients, by an average of 74 percent. The researchers noted that the gradual decrease of total body heavy metal burden was believed to have played an “important role” in each patient’s recovery.

In a study published in 2008 in Alternative Therapies in Health and Medicine, hospitalized children with blood levels of lead exceeding 20 micrograms per decaliter were given 15 grams of MCP a day. Both blood and urine levels were tested at the beginning of the study, and again at two weeks, three weeks and four weeks.

Researchers found that levels of lead in the blood decreased dramatically, while levels in urine increased – evidence that the lead was being eliminated.

Significantly, the MCP caused no adverse effects. Noting that children are “in urgent need of a safe and effective heavy metal chelating agent,” the team called for further studies to explore the use of MCP.

Research also points to the benefits of MCP chelation for apparently healthy individuals.

In a study published in Phytotherapy Research in 2006, researchers gave participants 15 grams of MCP.  Within 24 hours, their urinary excretion of arsenic increased 130 percent. On day six, the participants experienced a 150 percent decrease in cadmium levels.

The team concluded that oral administration of MCP “significantly increases urinary excretion of toxic metals in individuals with a normal body load of metals.”

Research suggests that modified citrus pectin can also stop the growth and metastasis of cancer cells. In an animal study published in 2002 in Journal of the National Cancer Institute, MCP inhibited galectin-3, a protein implicated in cancer progression – and suppressed growth of laboratory-induced tumors.

After being treated with MCP in drinking water, mice were injected with human breast carcinoma cells.

Researchers found that MCP inhibited angiogenesis – the ability of tumors to form blood vessel vital for their growth. In fact, the tumors from MCP-fed mice had one-third the number of blood vessels per unit area, when compared to mice that had not been given the pectin.

Researchers pointed out that the findings stressed the importance of dietary carbohydrate compounds as agents for the prevention and treatment of cancer.

In addition, studies have shown that MCP can lower cholesterol, potentially working to prevent therosclerosis and heart disease.

How should I take MCP for heavy metal exposure and cancer prevention?

The modified citrus pectin used in the studies is commercially available in a formulation called PectaSol.  If it’s not possible to obtain this brand, experts recommend choosing a pectin formulation that has been specifically modified to make it more bioavailable.

Editor’s note: We want to make one thing perfectly clear – when dealing with a cancer diagnosis – always work with a qualified (trusted) medical professional.  We never want to suggest that any one substance will be the ‘magic bullet.’  Treating cancer requires a multifactorial approach – involving changes to your life physically, mentally and emotionally.

Modified citrus pectin represents one of many options available to you.  As always, we encourage you to do your own research and make an informed decision about your healthcare.

Natural Health 365 is a premium source of trending and popular health-related news, science, testimony & research articles on the most up to date and relevant natural health information. The Food & Nutrition articles found herein are meant to inform and advise our site visitors on eating healthy, nutritious foods and safely using supplements and vitamins to achieve optimal health.

Join thousands of daily visitors staying informed and involved on Natural Health 365! We seek out scientific solutions with proven results and it is our mission to keep you informed! Articles range in topic from the cancer fighting qualities of Olive Oil, to the remarkably high concentration of anti-oxidants found in blueberries, to how to make your own almond milk, to a nutritional comparison of organic vs conventional produce, to an analysis of the health benefits of tree nuts. You can find all of the Food News Articles here

Food News is one of our major post categories on www.naturalhealth365.com and contains over 350 articles that cover a wide range of subjects; including but not limited to…

In addition to exploring health benefits of certain foods, vitamins and supplements, we also aim to connect healthy eating and balanced consumption of dietary supplements to long-lasting health and adding healthy, happy years to your life. For example, did you know that eating Granny Smith Apples on a regular basis can reduce your chance of building up unhealthy gut yeast? Or that ingesting ground hemp seeds can significantly reduce inflammation throughout the body? Perhaps you didn’t know that Fresh Organic Produce has been found to have higher concentrations of key, cancer-fighting anti-oxidants and vitamins than conventional produce? You can find all of that information and more right here on Natural Health 365.

We’d love to know what you’re thinking! Please join the conversation on Facebook, post comments here on the website and feel free to reach out to us if you have any questions.

Please use and share the articles you find here with your friends, family and peers.

A silent epidemic of liver disease is affecting millions of Americans

Stop cancer cell growth in its tracks with NAC, according to exciting research

(NaturalHealth365) We all want to prevent cancer cell growth.  But, as you’ll END_OF_DOCUMENT_TOKEN_TO_BE_REPLACED