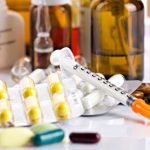 (NaturalHealth365) Conventionally speaking, diabetes medications are designed to help ‘manage’ blood sugar levels.  But, in reality, certain drugs actually raise the risk of a heart attack and stroke, according to a new study.

Published in JAMA Network Open, the study was done by experts from Northwestern University Feinberg School of Medicine.  Researchers worked to determine whether there was an association between second-line (not the first drug of choice) diabetes medications and cardiovascular events, such as stroke, heart attack and heart failure.

FACT: Heart disease is the leading cause of death in patients with type 2 diabetes

However, this new study uncovering the cardiovascular risks of certain medications will (hopefully) change the way doctors prescribe these risky drugs.

Currently, doctors choose medications based on the expected glycemic improvement, the risks of the drug, and various other factors. With new findings showing the risk of sulfonylureas and basal insulin, some experts suggest that cardiovascular harm should be considered when prescribing second-line therapies for diabetes.

To be perfectly clear, it’s crucial for diabetic patients to work closely with a trusted, integrative healthcare provider.  Remember, if your doctor is only conventionally-trained – you shouldn’t expect anything more than ‘a pill for every ill’ treatment options.

The truth is: there are many natural (non-toxic) ways to keep your blood sugar balanced throughout the day.  There are a few really obvious suggestions – from avoiding processed sugars (and artificial sweeteners) to exercising more and eating more fiber.

But, there’s so much more that can be done.

If you’re a regular reader of NaturalHealth365, we know you understand that no drug – especially diabetes medications – will ever address the true cause of any disease.  That’s why it’s so important to find a way to change your lifestyle – in an appropriate way – to bring about the results you want.

When you get it right, it’s hard to describe (in words) the joy you’ll experience, in feeling better!

Natural Health 365 is a premium source of trending and popular health-related news, science, testimony & research articles on the most up to date and relevant natural health information. The articles on GMOs & other Dangerous Chemicals found herein are meant to inform and advise our site visitors on steering clear of foods and other consumer products that contain Genetically Modified Organisms and/or Chemicals that are DANGEROUS to human health.

Join thousands of daily visitors staying informed and involved on Natural Health 365! We seek out scientific solutions with proven results and it is our mission to keep you up to date on the latest information! Articles range in topic from vaccination overviews to linking specific, common vaccines to the development of autism. We also aim to educate the public on the dangers of vaccines and provide in depth analysis of political vaccination bills.

GMO & Dangerous Chemicals are two of our major post categories on www.naturalhealth365.com and contain over 90 articles that cover a wide range of subjects; including but not limited to…

In addition to publishing articles concerning the most up-to-date information on GMO Foods, Research, & Toxic Chemicals that have dangerous and unintended consenquences, we also aim to connect healthy lifestyles, non-GMO diets and balanced consumption of dietary supplements to lifelong health and adding happy years to your life.

Did you know that Monsanto is one of the most profitable entities on the planet, while the farmers that make them so successful are barely able to feed their families? Or that mono-cropping erodes our top soil so that no vegetables, grains, or fruits will grow in the wake of a mono-cropped field? Perhaps you didn’t know that organized events to protest Monsanto and their signature chemical, Roundup? You can find all of that information and more right here on Natural Health 365.

The undeniable TRUTH about statins: Cholesterol lowering drugs are linked to memory loss and brain impairment

(NaturalHealth365) If you have high cholesterol, your conventionally-trained physician has probably told you END_OF_DOCUMENT_TOKEN_TO_BE_REPLACED