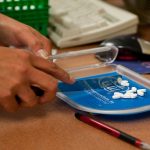 (NaturalHealth365) Too many people remain uninformed about the dangers associated with consuming blood thinner medication.  How can we say such a thing?  Consider this: the market for these drugs is expected to grow higher than any other drug class – in the next 6 years!

For example, Xarelto – one of the best-selling blood thinner medication products on the market – earns billions of dollars per year.  Yet, we venture to say, most patients have no idea about the many dangers including, internal bleeding.

Legally speaking, the maker of Xarelto has been under intense scrutiny for failure to warn the public about the risks.  But, in all honest, the hundreds of millions paid out in legal fees is probably just built into their ‘expenses.’

It is impossible to know exactly how many people have been victimized by the deadly side effects of drugs like, Xarelto.  However, a quick look at any Xarelto lawsuit will reveal serious and sometimes fatal problems, such as gastrointestinal bleeding and even cerebral hemorrhaging.

Of course, the maker of Xarelto markets the drug as ‘safe and effective’ – despite data that showed people who took the drug had higher rates of blood transfusions and gastrointestinal bleeding than those taking other blood thinner medications like Warfarin.

And, if you’re feeling the sensation of déjà vu, you’re not alone.  This is exactly how the pharmaceutical industry responds to vaccine dangers or any other drug produced.

Big pharma wants us to believe that everything is ‘alright’, as if nothing could go wrong with these toxic drugs

Many people question the reasoning of Western medicine and the decision of physicians to wait until a person is at risk of heart disease or stroke to begin treating the condition.

Prescribing dangerous drugs to manage the problem is like robbing Peter to pay Paul – someone always gets hurt. Instead of using hazardous blood thinner medication as the primary method of clot prevention, patients should instead be made aware of the many natural and non-toxic ways of thinning the blood.

How to effectively improve blood circulation – without unwanted side effects

Fortunately, there are many natural ways to thin the blood without exposing oneself to the toxic effects of prescription blood thinner medications.  In fact, many solutions can be found in the foods we eat.

For example, researchers at Kansas State University found that garlic contains a powerful compound called ajoene, which has been found to help prevent blood platelets from forming clots. A person can easily enjoy the benefits of the ajoene compound by simply consuming a clove of raw or lightly cooked garlic daily.

Other foods with anti-clotting properties include turmeric and ginger.  Both are widely used in cooking and help prevent clots from building along the walls of the arteries.

In addition, ginger has been found to help lower cholesterol – an advantage that is often highly beneficial for people taking blood thinners who are at risk for heart attack.  Another less common but effective strategy, you may want to add to your daily routine, is eating a few pieces of daikon (a mild-flavored white radish) – known for its ability to dissolve accumulated fat in the body.

Don’t forget the importance of hydration for optimal health

Of course, nature’s most powerful blood thinner medication is pure (clean) H2O.  Water has absolutely no (negative) side effects and can be consumed in ample quantities daily.

It works by preventing dehydration, which can lead to blood thickening.  Researchers at Loma Linda University studied men who drank water, finding that those who drank at least 40 ounces of water throughout each day cut their risk for forming clots and suffering stroke by more than half.

Ideally, the average person should drink 0.5 ounces of water for every pound they weigh daily.

In closing, allow me to say the obvious: government-run ‘health’ agencies and so-called concerned politicians should not wait until there is another Xarelto lawsuit or new dangerous blood thinner on the market to stop herding the unsuspecting public into the pockets of the pharmaceutical industry.

Patients (people) deserve to know what is going into their bodies and the potential for serious harm associated with blood thinners – before it’s too late.  Obviously, this is a serious issue that should be discussed with your doctor before making any changes to your medication habits.

Natural Health 365 is a premium source of trending and popular health-related news, science, testimony & research articles on the most up to date and relevant natural health information. The articles on GMOs & other Dangerous Chemicals found herein are meant to inform and advise our site visitors on steering clear of foods and other consumer products that contain Genetically Modified Organisms and/or Chemicals that are DANGEROUS to human health.

Join thousands of daily visitors staying informed and involved on Natural Health 365! We seek out scientific solutions with proven results and it is our mission to keep you up to date on the latest information! Articles range in topic from vaccination overviews to linking specific, common vaccines to the development of autism. We also aim to educate the public on the dangers of vaccines and provide in depth analysis of political vaccination bills.

GMO & Dangerous Chemicals are two of our major post categories on www.naturalhealth365.com and contain over 90 articles that cover a wide range of subjects; including but not limited to…

In addition to publishing articles concerning the most up-to-date information on GMO Foods, Research, & Toxic Chemicals that have dangerous and unintended consenquences, we also aim to connect healthy lifestyles, non-GMO diets and balanced consumption of dietary supplements to lifelong health and adding happy years to your life.

Did you know that Monsanto is one of the most profitable entities on the planet, while the farmers that make them so successful are barely able to feed their families? Or that mono-cropping erodes our top soil so that no vegetables, grains, or fruits will grow in the wake of a mono-cropped field? Perhaps you didn’t know that organized events to protest Monsanto and their signature chemical, Roundup? You can find all of that information and more right here on Natural Health 365.

The undeniable TRUTH about statins: Cholesterol lowering drugs are linked to memory loss and brain impairment

(NaturalHealth365) If you have high cholesterol, your conventionally-trained physician has probably told you END_OF_DOCUMENT_TOKEN_TO_BE_REPLACED